WASHINGTON, DC – In the wake of a mass shooting where a gunman  killed 6 people and injured 4 at a Walmart store in Virginia, Guns Down America has released new research showing that gun violence is disturbingly common at grocery stores.

An analysis by Guns Down America of data from the Gun Violence Archive found that between January 2020 and the shooting at Walmart, our nation has experienced at least 536 incidents of gun violence in or around major grocery stores. (Between January 1, 2020 and November 23, 2022.)

“Grocery retailers must do their part to help build a future with fewer guns and safer communities,” said Igor Volsky, executive director of Guns Down America. “I hope that as everyone heads into the holiday shopping season, they demand better of their community’s grocers and that major grocery retailers finally invest in community violence intervention programs, use their voice to make the case directly to Congress that it must act and stop contributing to lawmakers supported by the NRA.”

Recent shootings at supermarket chains include: 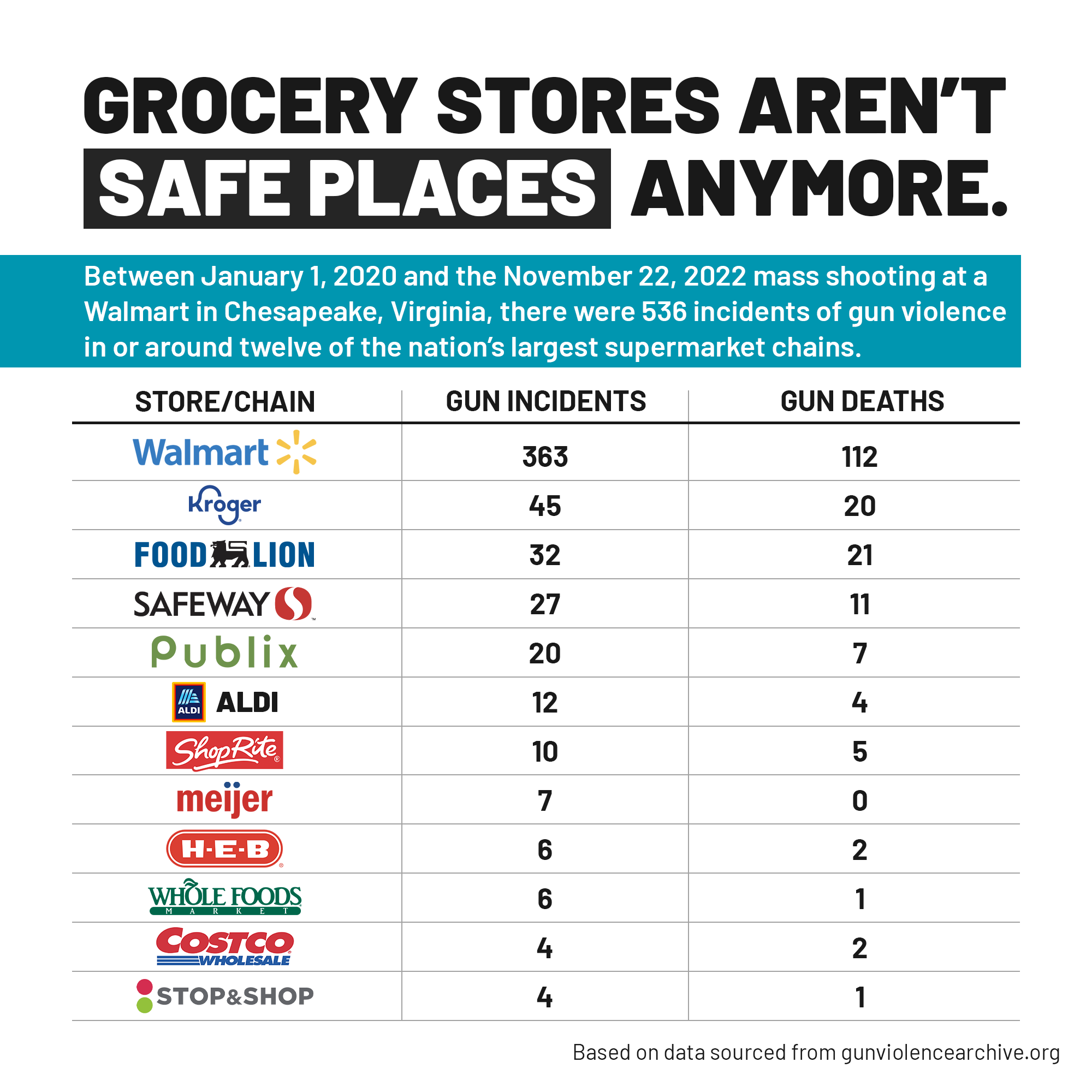 Guns Down America has a successful track record of pushing companies to do better on gun violence when Congress will not. It led a successful campaign to stop Walmart from selling guns after the El Paso shooting at a Walmart store and before that, took on the NRA's "murder insurance" program.