On April 8th, 2021, President Joe Biden held a Rose Garden event to announce initial administrative actions to reduce gun violence. In the year since, the President has succeeded in living up to some of his promises, but has fallen short on others.

As part of our Shock Market campaign, Guns Down America, March For Our Lives, and Change the Ref have issued the first-ever public report card grading the President's progress in the year since he pledged to "use all the resources at my disposal as President to keep the American people safe from gun violence." 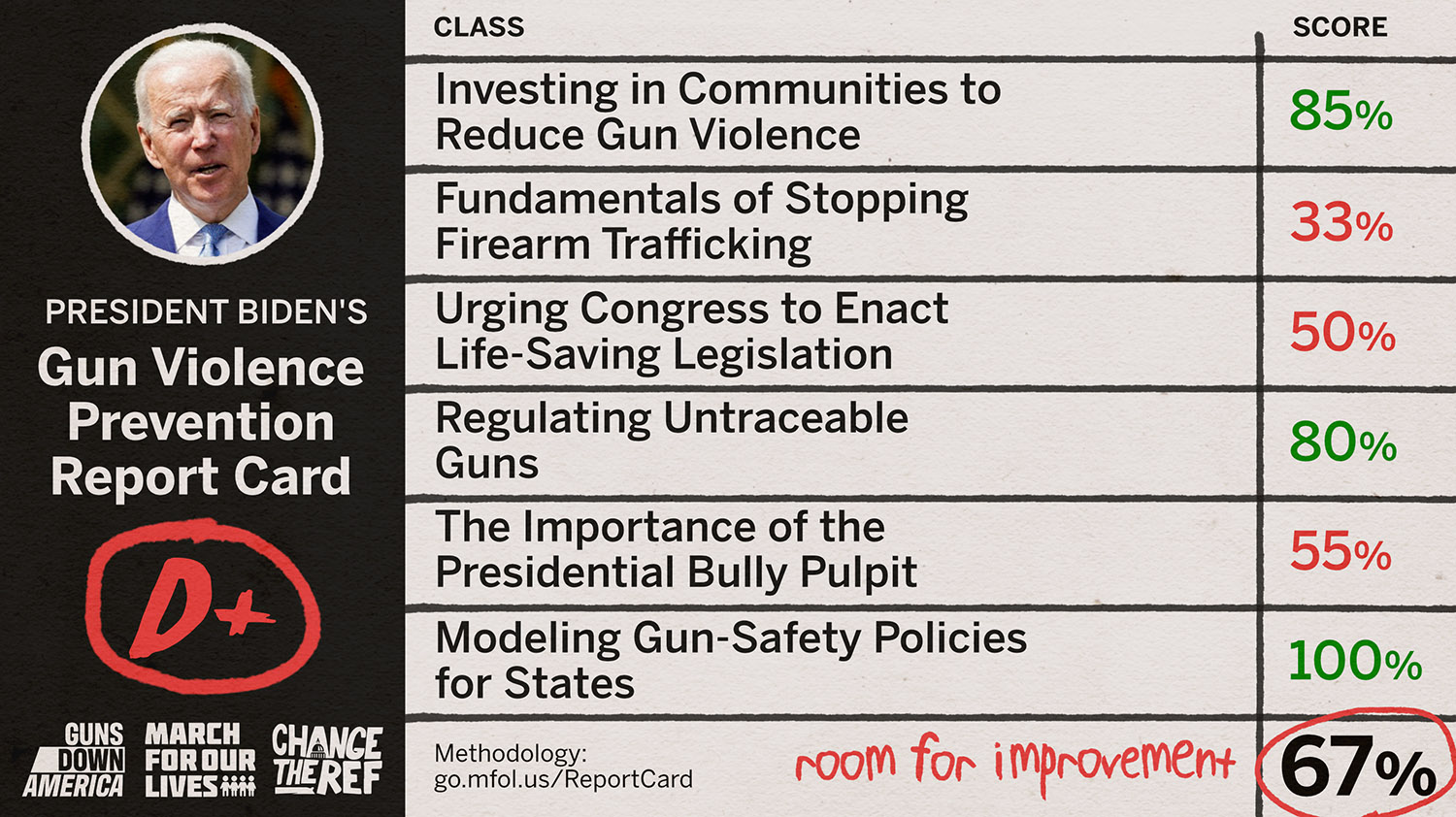 Over 54,000 Americans have died from guns since President Biden took office. And since congressional Republicans continue to block life-saving legislation, the Biden administration must lead today by doing anything and everything in their power to prioritize gun violence reduction.

President Biden was graded on the nine individual promises he made during his remarks at the Rose Garden on April 8, 2021. Each promise carries a different score and that number is derived from two separate factors: 1) how much total control the President has over delivering on the promise he made and, 2) how much impact the promise would have on saving lives. The nine total scores add up to 100 and the President, based on his actions over the last year, has earned approximately 67 points, or a D+.

A full breakdown of the categories and their respective weights is available here.

How to Support Our Work

We're working to end the gun violence epidemic by building a future with fewer guns. We know that guns are the problem, and that we must reduce the number of guns in our country and make them dramatically harder to get. Give to Guns Down America and join the fight today.