In Memory of Mark Glaze 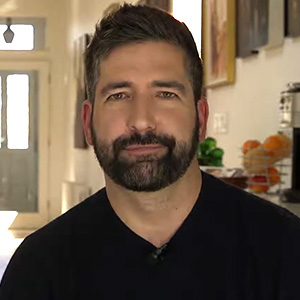 Mark Glaze was a true leader and visionary in the movement to build fair and equitable communities for us all. His penchant for bold ideas and keen strategic thinking shaped an entire generation of progressive advocates and, in particular, formed the foundation for the work that Guns Down America and other gun violence prevention organizations pursue on a daily basis.

We both met Mark at different times. One of us knew him as a friend and colleague for nearly 20 years. The other first met Mark in 2016. His passion and commitment to creating a better world were clear to both of us.

From ensuring voter integrity to cementing LGBTQ rights to ending the scourge of gun violence, Mark was always the advocate you wanted by your side. We certainly know that we wanted him by ours.

In 2016, Mark sought to establish a new organization that could boldly and unapologetically take on the NRA while building popular support that would make firearms significantly harder to get. We were lucky enough to work alongside him to help realize this vision. During that period, Mark was fond of saying, “you do not get half a loaf of bread by asking for half a loaf. To build your movement and truly succeed, you must demand the full loaf. You have to shape and organize public opinion, not simply follow it.”

Those words -- that uncompromising approach to valuing human life above political expediency and power -- guided our efforts to push large American corporations to prioritize safety and urge lawmakers to do the same. That we succeeded in our pursuits was a testament to Mark’s leadership and drive.

Mark’s accomplishments saved countless lives and he leaves behind a lasting legacy -- one that empowered new leaders and taught us all the power and impact of public service.